If you install the system and then don't keep up with the routine alarm monitoring, pressure testing for the sprinklers, and other inspections, you may risk a failure when you need it the most. Testing the alarms is easy. Just hit the test button on each alarm once a month. The sprinkler system should be pressure-tested by a fire sprinkler company at least twice a year. This helps you to identify potential problems before the system fails.

Most of these fire detection systems are hard-wired into your household electric system, but others are battery-operated. If the batteries fail and you don't recognize the low-power beep in time, the batteries may fail completely and leave you with an alarm and sprinkler activation system that doesn't work. It's important to test the batteries periodically to avoid this problem.

In addition, don't pull the batteries out of the detectors for any reason. Even if you believe that you'll remember to put them back right away, interruptions and distractions happen. Failing to put the batteries back will render the entire detection system vulnerable.

Location Of The Detectors

If you only place the detection sensors in a couple of places, you may have a fire that doesn't trigger the system until it's grown significantly. Make sure that you place sensors in every room. In addition, keep them away from any air ducts, windows or doors. Otherwise, they can easily be disrupted by drafts and changes in the air circulation.

Dirt On The Sensors

The sensors that recognize the presence of smoke and heat in the house must be clean at all times. Otherwise, they may not be able to properly function. In those cases, you may end up with a system that's unable to respond to a legitimate emergency. The dirt on the sensor can disrupt the sensitivity of your fire suppression system. That means your sprinklers won't engage or anything. Clean the sensors on the detectors regularly so that there's no dust or grime buildup. 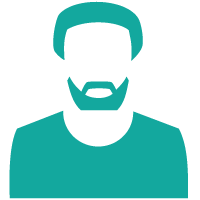 Thank you for visiting my weblog. My name is Eric Stark. I'm a single father who works a full time job. My oldest is a Freshman in high school and is very responsible, but I still worry about her when she comes home from school while I am still at work. My greatest fear is that something might happen while I'm away and I'd be unable to help. These fears have driven me to find the best home monitoring service that I could find. I hope this website can help me help someone else who has the same fears. The world of home security systems can be daunting to navigate, but I have done the work for you.

Are Home Security Cameras Worth The Investment?
19 October 2022
These days security cameras are used everywhere; you will find them in schools, business areas, places of worship, and public and private areas. Many …

Why It's Essential To Have A Home Security System
2 August 2022
It's no secret that home security systems give you peace of mind in the event of a break-in, fire, or other emergencies. But what many people don't ap …

Advice When Investing In A Commercial Video Surveillance System
7 April 2022
If you want to feel better about the security of your property, one investment you can make immediately is getting a commercial video surveillance sys …